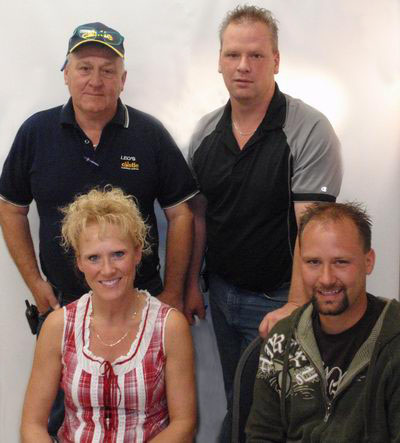 Leo's Building Supplies Ltd. first opened up in 1997 when Leo Visser bought the land where the old store was and started up his first building supply store.

Leo had worked in the lumber industry since 1967. His son, Dan, had also been in the lumber industry since 1989, starting right out of high school. In 1996, both Leo and Dan found themselves laid off and went to apply for Employment Insurance. While there at the employment office, they looked at each other and both walked out. They had other plans.

Leo decided to start his own family business; and with help from his daughter, Tina Visser, developed a business plan to get the financing for the company. Leo's Building Supplies Ltd. opened its doors in 1997, starting out with a 3,500 square foot store on two acres of land. When they first started, Leo worked in the office on the phone, buying and getting orders, while Dan was picking up orders in Calgary and delivering them directly to the sites. Sons Dan and Jan Visser both started as truck drivers and yard men, while Dan also did estimating for the company. Dan is now a manager and estimator, while Jan works as an estimator as well as a door/window salesman. Tina started in 2001 at the service desk, and now is the financial executive for the company.

Leo's Building Supplies started out as an independent company and eventually joined Castle Building Centres in 2006. Leo had first started thinking about a new store in 2004, and in December 2007, the company moved into their new store at the present location. Leo's grew from nothing to a multi-million dollar company.

The company started with three people - now we have grown to approximately 25 people working for Leo's Castle. From the 3,500 square foot store to the new state-of-the-art 22,000 square foot store and three-acre yard, business has increased tremendously! Flying the Castle banner has also been extremely beneficial. Leo's Castle is a great symbol of our success and is a testament to all the hard work the family and employees have put forth.

Contact Leo's store, or send a request a quote.

Sign Up to Receive Email Promotions from Leo's Building Supplies

To receive promotional emails from us you will need to reply to our first email to provide us with explicit consent to continue with receiving our periodic promotions and flyers. You can unsubscribe to this at anytime. 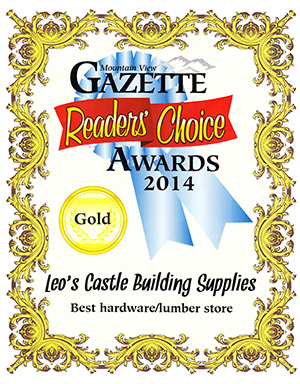 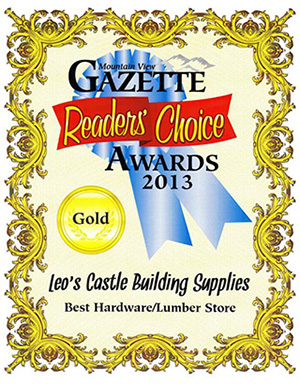 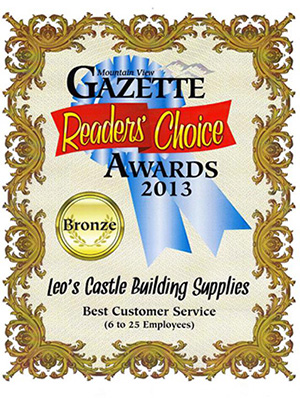 Since 1963, builders, contractors and consumers have been relying on Castle as their building supply partner.  Whether you're looking for lumber, building materials, hardware or advice, hundreds of Castle dealers across Canada are trusted to deliver quality products and value.

Castle dealers are independent.  They run their own stores and businesses.  They know their communities, their customers, and their needs.  That's why Castle members are growing and succeeding across Canada - they live in the communities they serve.

At Castle, we are your trusted building supply partner.

All trademarks, service marks, logos, graphics, product names and company names are the property of their respective owners.